A weakly connected component is a subgraph that is unreachable from other nodes/vertices of a graph or subgraph. The algorithm was described by A. Galler and Michael J. in 1964 and specific implementations either utilize breadth-first search or depth-first search to find the graph components. How does it work? The Weakly Connected Components algorithm (WCC), also known as Union Find, searches for distinct sets of connected nodes in a graph. All nodes in such a set are reachable from any other node in the same set. While the Strongly Connected Components algorithm (SCC) requires nodes to be reachable in both directions, WCC only requires nodes to be reachable in one direction. Both algorithms are used for network structure analysis. 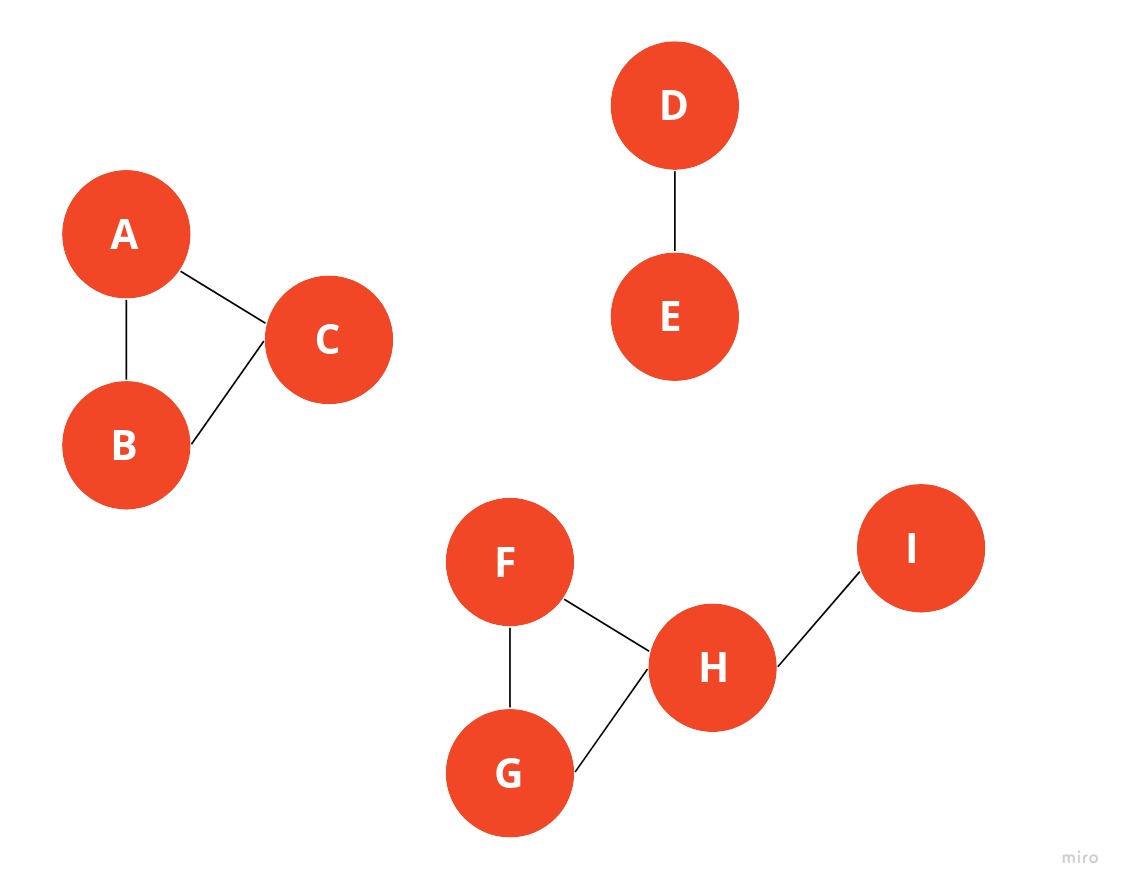 For example, in the graph above, you can see three weakly connected components. Nodes from the subgraph {A, B, C} aren’t connected to any other nodes in the graph and therefore must be a separate component.

Start by labeling all nodes as unvisited. Then, iterate over the nodes in any order. For each node, if it wasn’t visited, run BFS from that node and add all reachable nodes as the same component. Add them to the list of visited nodes as well. If the node was already visited, skip it.

The input parameter of the method, G, is a directed graph.

The output of the method is a generator of sets. Each set contains the nodes of one weakly connected component. 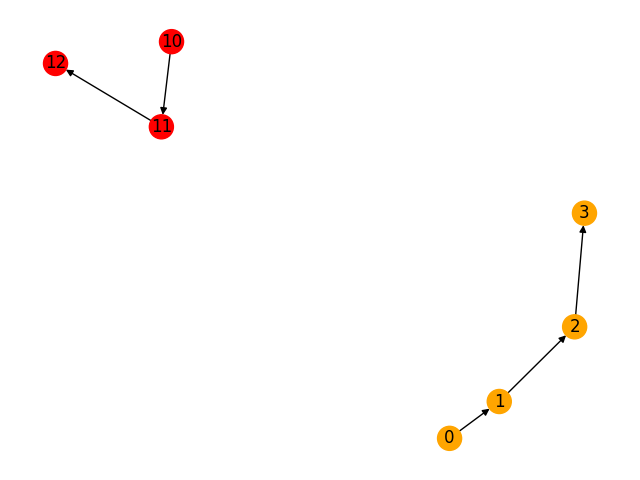