The Girvan-Newman algorithm for the detection and analysis of community structure relies on the iterative elimination of edges that have the highest number of shortest paths between nodes passing through them. By removing edges from the graph one-by-one, the network breaks down into smaller pieces, so-called communities. The algorithm was introduced by Michelle Girvan and Mark Newman.

How does it work?​

The idea was to find which edges in a network occur most frequently between other pairs of nodes by finding edges betweenness centrality. The edges joining communities are then expected to have a high edge betweenness. The underlying community structure of the network will be much more fine-grained once the edges with the highest betweenness are eliminated which means that communities will be much easier to spot.

The Girvan-Newman algorithm can be divided into four main steps:

In this example, you can see how a typical graph looks like when edges are assigned weights based on the number of shortest paths passing through them. To keep things simple, we only calculated the number of undirected shortest paths that pass through an edge. The edge between nodes A and B has a strength of 1 because we don’t count A->B and B->A as two different paths.

The Girvan-Newman algorithm would remove the edge between nodes C and D because it is the one with the highest strength. As you can see intuitively, this means that the edge is located between communities. After removing an edge, the betweenness centrality has to be recalculated for every remaining edge. In this example, we have come to the point where every edge has the same betweenness centrality.

Betweenness centrality measures the extent to which a vertex or edge lies on paths between vertices. Vertices and edges with high betweenness may have considerable influence within a network by virtue of their control over information passing between others. 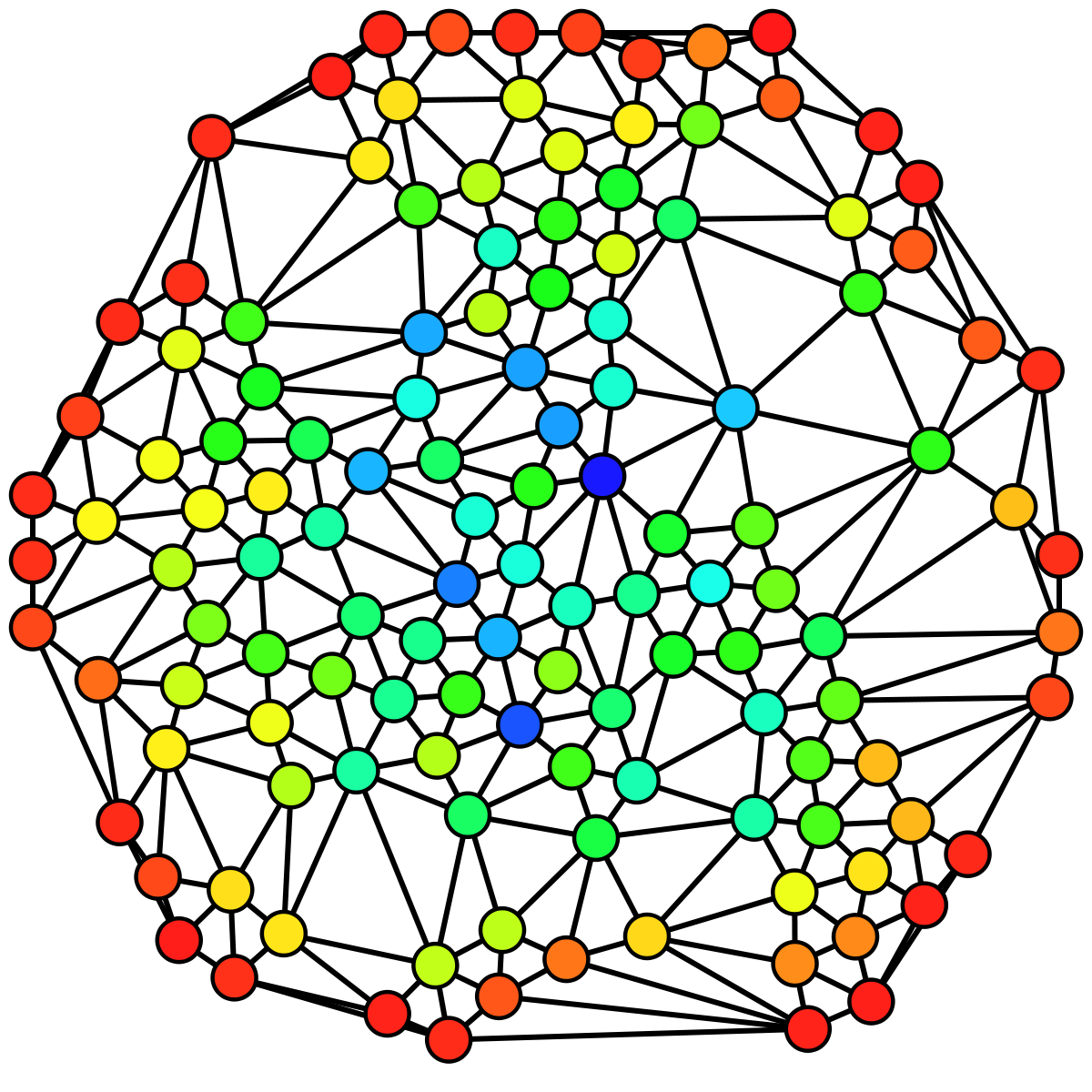 The image above shows an undirected graph colored based on the betweenness centrality of each vertex from least (red) to greatest (blue).

In each iteration, calculate the betweenness centrality for all edges in the graph. Remove the edge with the highest centrality. Repeat until there are no more edges left.

The first input parameter of the method, G, is a NetworkX graph. The second parameter, most_valuable_edge, is a function that takes a graph as input and returns the edge that should be removed from the graph in each iteration. If no function is specified, the edge with the highest betweenness centrality will be chosen in each iteration.

The output of the method is an iterator over tuples of sets of nodes in G. Each set of nodes represents a community and each tuple is a sequence of communities at a particular level (iteration) of the algorithm.

The network has been divided into two distinct communities: 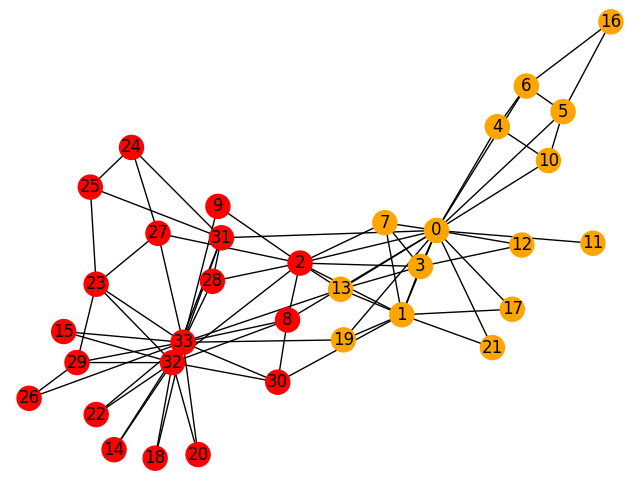