While humans are very good at detecting distinct or repetitive patterns among a few components, the nature of large interconnected networks makes it practically impossible to perform such basic tasks manually. Groups of densely connected nodes are easy to spot visually, but more sophisticated methods are needed to perform these tasks programmatically. Community detection algorithms are used to find such groups of densely connected components in various networks.

M. Girvan and M. E. J. Newman have proposed one of the most widely adopted community detection algorithms. According to them, groups of nodes in a network are tightly connected within communities and loosely connected between communities. 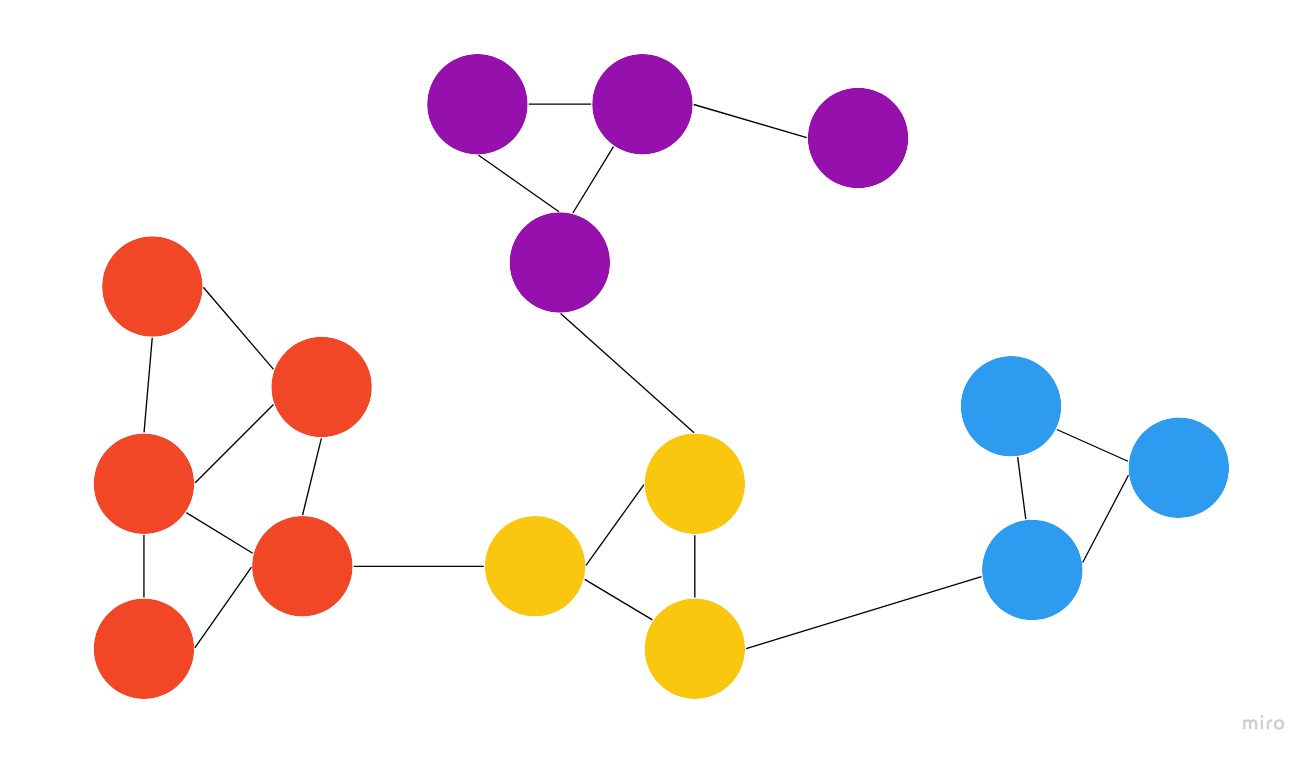 Because networks are an integral part of many real-world problems, community detection algorithms have found their way into various fields, ranging from social network analysis to public health initiatives.

There are two main types of community detection techniques, agglomerative and divisive.

Agglomerative methods generally start with a network that contains only nodes of the original graph. The edges are added one-by-one to the graph, while stronger edges are prioritized over weaker ones. The strength of an edge, or weight, is calculated differently depending on the specific algorithm implementation.

On the other hand, divisive methods rely on the process of removing edges from the original graph iteratively. Stronger edges are removed before weaker ones. At every step, the edge-weight calculation is repeated, since the weight of the remaining edges changes after an edge is removed. After a certain number of steps, we get clusters of densely connected nodes, a.k.a. communities.

So far, we have covered these algorithms: